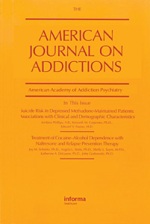 BACKGROUND AND OBJECTIVES: Methamphetamine (meth) use and its related risk behaviors for HIV among men who have sex with men (MSM) are a public health concern across the Mexico-US border. This study aims to contribute to the limited literature of meth use and sexual risk behaviors among Latino MSM on the Mexico-US border. METHODS: Data were drawn from the Meth Pilot Study (2014-2015) among men who use meth (n = 100). Descriptive statistics and bivariate analysis comparing MSM to non-MSM were conducted using Pearson's 2 test, Fisher's exact tests, and Mann-Whitney U test; all tests were conducted using SPSS v.25. RESULTS: Most participants obtained meth in El Paso, Texas (87.2%), used meth orally (65.2%) or smoked (78.3%), and the most common reason for initiation was curiosity. Significant differences (P < .05) in meth use behaviors and sexual risk behaviors between MSM and non-MSM who used meth included: median number of sex partners (7 vs 3), being penetrated anally by last sexual partner (31.6% vs 1.4%), and engaging in transactional sex ever (63.2% vs 9.6%) and past 12 months (52.6% vs 6.8%). Finally, rates of HIV positivity were higher among MSM than non-MSM (10.5% vs 1.4%). DISCUSSION AND CONCLUSIONS: Among men who use meth, MSM are engaging in higher HIV risk behaviors compared with non-MSM. Understanding these risks could help identify candidates for pre-exposure prophylaxis (PrEP) and evidence-based substance use disorder treatment options. CIENTIFIC SIGNIFICANCE: This study reveals that Latino MSM who use meth is a high-risk group for HIV and a need for tailored interventions.

En :
The American journal on addictions