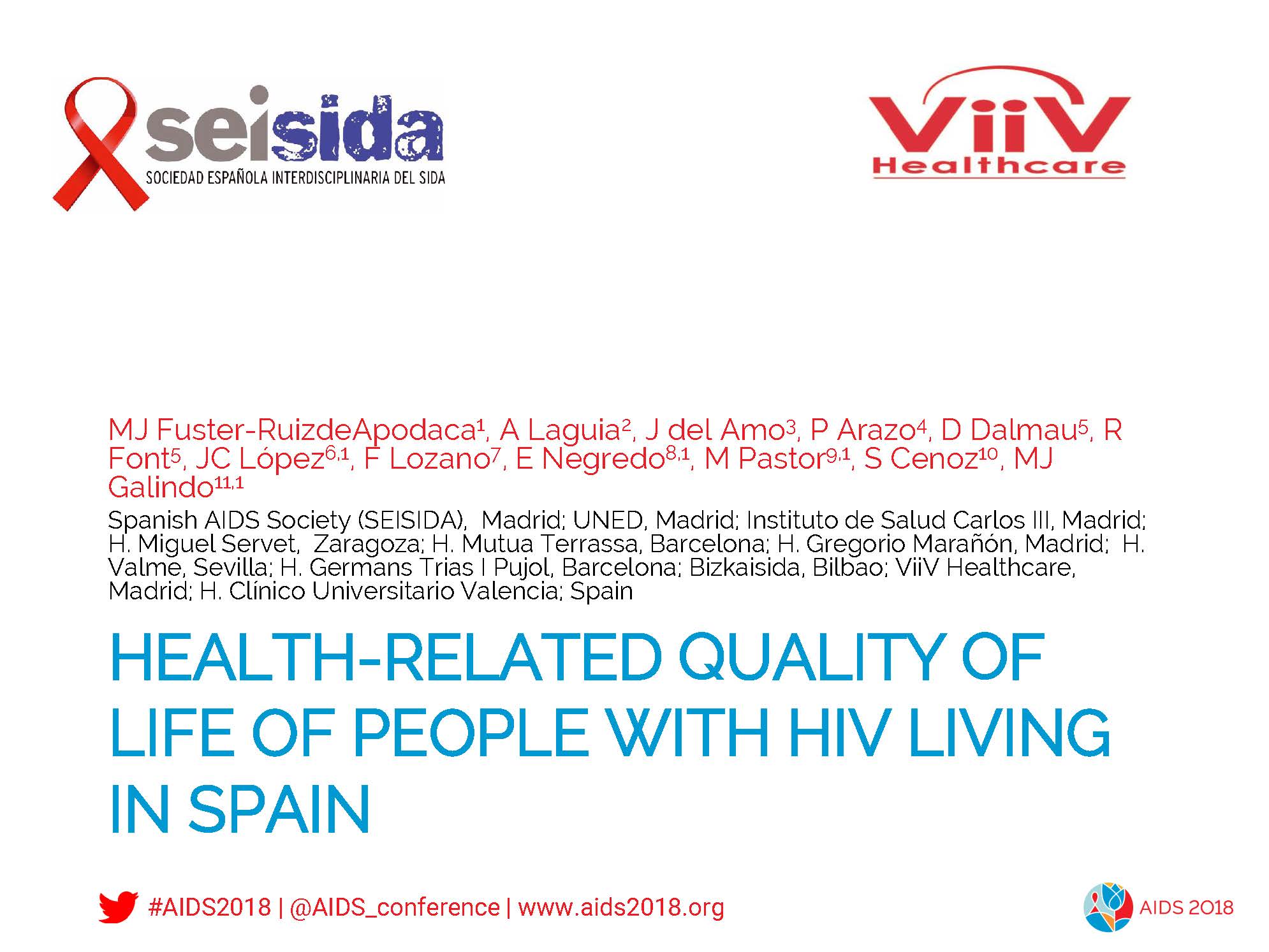 Background: Improving the health-related quality of life (HRQoL) of people living with HIV (PLHIV) has been proposed as an additional goal (''the fourth 90''), together with testing and treatment targets (''90-90-90''). This study aimed to examine how is HRQoL in PLHIV in Spain, describe which facets are more impaired, and identify those PLHIV with the most vulnerable profiles. Besides, associations between HRQoL with health-related questions were examined. Methods: A total of 1462 PHIV participated in an observational cross-sectional study conducted between October 2016 and April 2017. Data were collected throughout 33 Spanish HIV centers (clinics and NGOs) through an online self-administered survey. HRQoL (WHOQOL-HIV-BREF), treatment adherence (CEAT-VIH), psychological well-being (GHQ-12), self-reported health status questions, and demographics were measured. Pearson''s correlation, T-test, and one-way variance analyses were used to examine HRQoL differences and associations. Results: Most participants were men (79.3%), and 52.5% were homosexual. Mean age was 45.0±10.2. The HRQoL facets showing lower scores were financial resources, sexual satisfaction, sleep and rest, negative feelings, and forgiveness and blame. Across domains, the Physical Health and the Level of Independence showed the higher scores while the Spiritual domain presented the lowest score. To be a woman (p< .0001), heterosexual (p< .0001), to have a low socio-economic (p< .0001) and educational status (p< .0001), having acquired HIV through injection route (p< .0001) and be living with HIV for a longer time (p< .01), were all related with poorer HRQoL. PLHIV older than 50 presented lower scores in several HRQoL facets (displayed in the figure), but the higher size differences were found in sexual satisfaction and work capacity (Cohen''s d = 0.47 and 0.37 respectively). Those with higher CD4+ T cell counts showed significantly higher HRQoL scores in eight facets (p< .05). Positive correlations were found between all the HRQoL dimensions and treatment adherence (p< .05) and psychological well-being (p< .05). Conclusions: This study presents the more recent data on HRQoL in PLHIV living in Spain. Long-term survivors, older adults, and women are key populations to pay more attention in research and interventions.