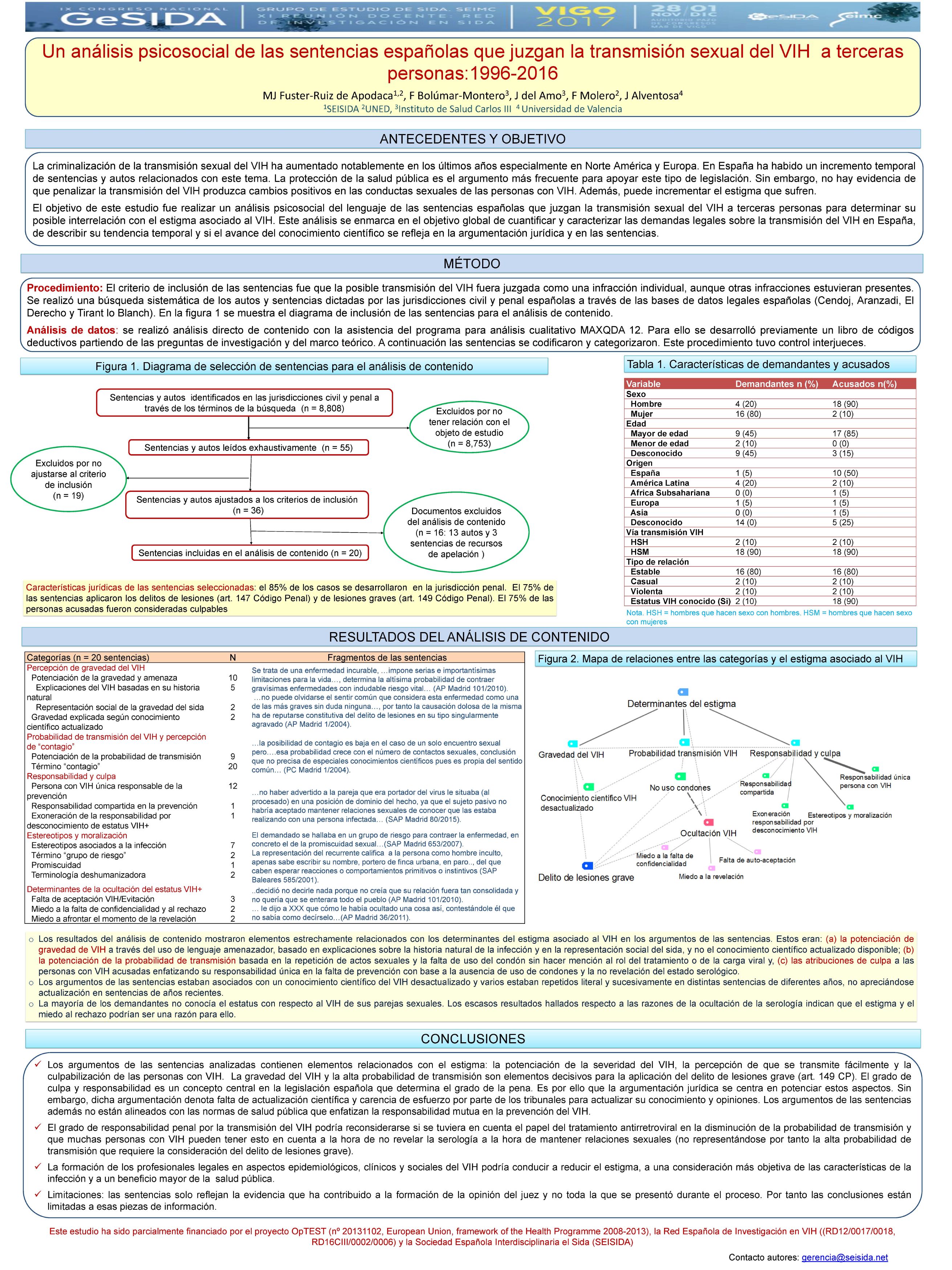 Background: This study performed a psychosocial analysis of the language of judgements addressing the sexual transmission of HIV to third parties in Spain in order to determine its possible interrelationship with HIV-related stigma. Methods. The psychosocial analyses conducted in this study are framed within a global objective to quantify and characterise existing legal complaints about the sexual transmission of HIV in Spain, to describe temporal trends and whether the advance of scientific knowledge is reflected in charging decisions, judicial reasoning, and sentences. The inclusion criterion was that the possible transmission of HIV was judged as an individual infraction, regardless of whether other infractions were involved. For that purpose, all judgements and writs dictated by Spanish penal and civil jurisdictions between 1981 and December 2016 were obtained through a systematic search of the Spanish legal databases Cendoj, Aranzadi, El Derecho, and Tirant Lo Blanch. Twenty judgements were selected and analysed through direct content analysis assisted by the qualitative analysis software MAXQDA 12. Results. The majority of the cases (85%) were brought before the penal jurisdiction. Most of the judgements applied the crimes of Bodily harm or Grievous bodily harm (75%). In 75% of the cases, the defendants were considered guilty. Items closely related to the determinants of HIV stigma, such as the perception of HIV as a severe and highly "contagious" infection and attributions of responsibility and blame to people with HIV were found in the judgements’ reasoning. They were associated with outdated scientific and technical knowledge. Furthermore, some arguments found are repeated literally and successively in several judgments from different years. Most of the plaintiffs were unaware of their sexual partner's HIV status. The scarce results found regarding the concealment of HIV status indicated that a fear of stigma could be the reason thereof. Conclusions. The results suggested that training legal professionals in the epidemiological, clinical, and social aspects of HIV could influence stigma reduction, leading to a more objective consideration of the characteristics of this infection.