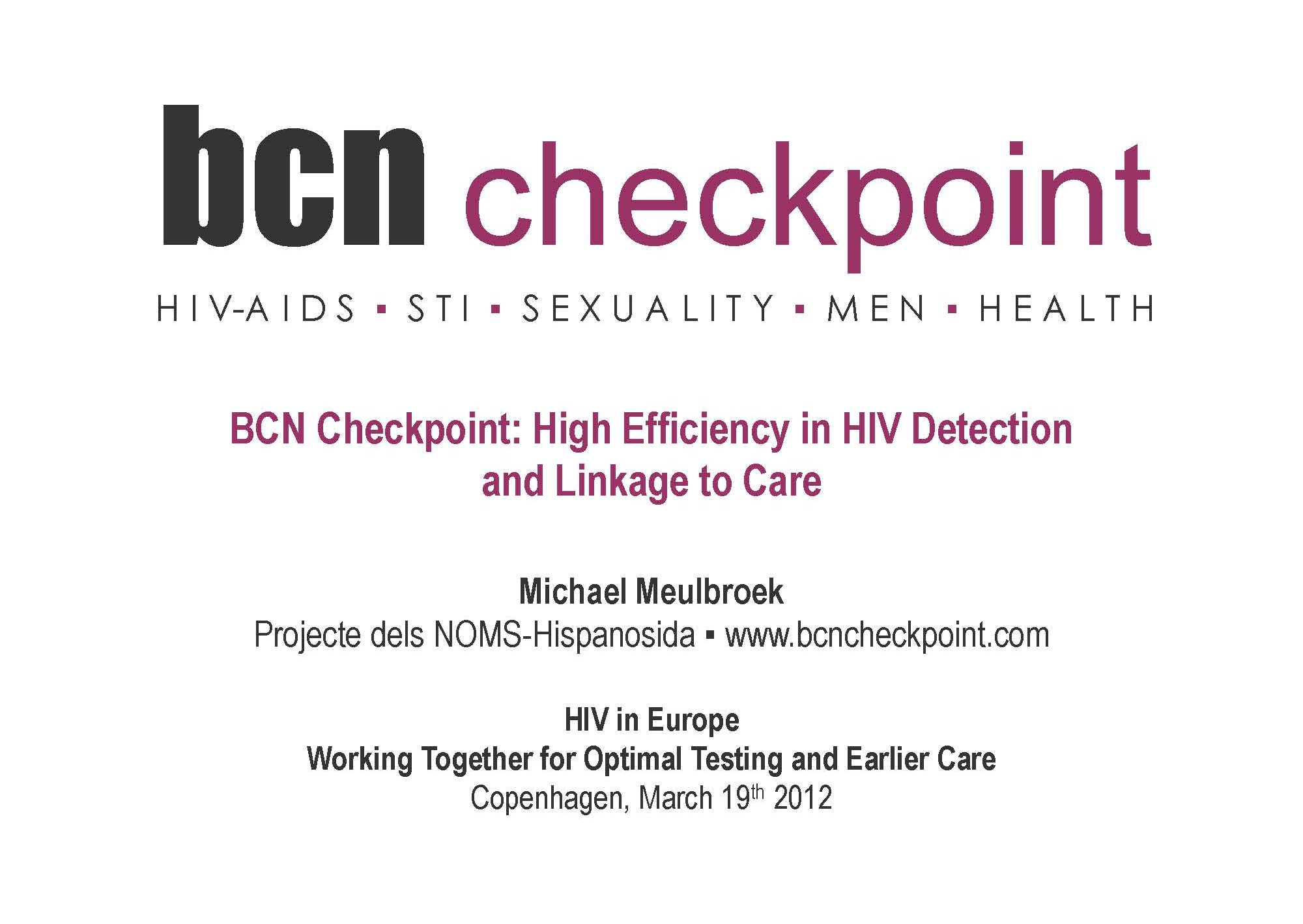 BCN Checkpoint is a Community-Based Centre (CBC) for MSM in Barcelona that offers HIV rapid testing, peer counseling/support and linkage to care. Objective: To assess the efficiency of BCN Checkpoint in HIV detection and linkage to care. Methods: The annual HIV prevalence, the capacity of detection in BCN Checkpoint regarding reported cases in Catalonia, the linkage to care rate, and the proportion of recent infections were analyzed. Linkage to care rate: proportion of cases referred to an HIV Unit within 1 week. Recent infections: HIV cases tested negative within the last 18 months of the diagnosis. Results: The cases detected in BCN Checkpoint raised progressively and represented around 40% of all HIV cases in MSM reported in Catalonia in 2010. Of all HIV cases in our CBC that had been tested negative at least 1 time, 61,39% declared a negative result within the last 18 months, and were considered an early HIV infection. Of all cases detected 95,11% were referred to care. Conclusions: BCN Checkpoint shows a high efficiency in HIV detection, as 1) in 2010, out of 3.500 tests, detected 4,49% prevalence (compared to Catalonia: over 300.000 tests, prevalence: 0,80%); 2) an increase in absolute number of HIV detections was obtained; 3) the proportion of cases detected regarding the reported cases in MSM in Catalonia raised progressively. Moreover, BCN Checkpoint also has shown efficiency in detecting recent HIV infections, and in linking cases to care. Therefore a community-based approach should be an essential part of an HIV prevention strategy. (Extraído del "Programme and abstract book " del congreso)