Assessing quality of life in people with HIV in Spain: psychometric testing of the Spanish version of WHOQOL-HIV-BREF 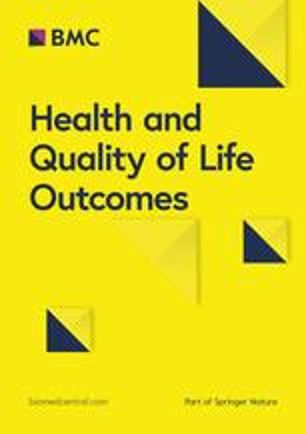 Background : The assessment of health-related quality of life (HRQoL) in people living with HIV (PLHIV) has become crucial to evidence-based practice. The goals of this study are to analyze the psychometric properties and evidence of the validity of the Spanish version of WHOQOL-HIV-BREF in a sample of PLHIV in Spain and to examine the more impaired HRQoL facets and dimensions and identify the PLHIV who show the most vulnerable profile. Methods : A total of 1462 PLHIV participated in an observational cross-sectional ex-post-facto study. Data were collected at 33 Spanish sites through an online survey. In addition to measuring HRQoL, the study used other tools to measure treatment adherence (CEAT-VIH 2.0 version), psychological well-being (GHQ-12) and HIV-related stigma (HSSS). Cronbach’s alpha, first- and second-order confirmatory factor analysis (CFA), the Pearson coefficient and one-way ANOVA were used to evaluate reliability, construct validity and concurrent and known-group validity, respectively. Differences according to the socio-demographic and epidemiological profiles of participants were analyzed. Results: First- and second-order CFAs confirmed a six-domain first-order structure of the Spanish version of WHOQOL-HIV-BREF and one second-order factor related to overall HRQoL with an acceptable fit to the data, although some minor changes would improve it. The six-domain structure showed an acceptable internal consistency (Cronbach’s alpha ranged from .61 to .81). Significant moderate to large correlations between domains and overall HRQoL, adherence, psychological well-being and negative self-image were found. Significant differences were found according to participants’ self-reported CD4+ cell count in several HRQoL facets and domains. Being female, heterosexual, having low socio-economic and educational statuses, having acquired HIV through an unsafe injection and living more years with HIV were related to poorer HRQoL. PLHIV older than 50 presented lower scores in 19 HRQoL facets. Conclusions : This study demonstrates that the Spanish version of the WHOQOL-HIV-BREF is a valid instrument. It also presents the most recent data about HRQoL in PLHIV in Spain with the largest sample to date.