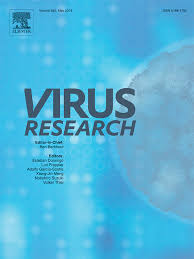 BACKGROUND: Human retroviruses HIV and HTLV share transmission routes. HIV widely spread in Spain during the 80 s through injection drug use and sex, and nowadays HIV rates in Spain account for one of the largest in Europe. In contrast, HTLV-1 is not endemic in Spain, despite hosting huge numbers of migrants from highly endemic regions. Herein, we report the rate and main features of the HIV-HTLV co-infected population in Spain. METHODS:A national registry exists in Spain for HTLV since year 1989. Data from standardized case report forms and one centralized lab repository were reviewed, especially for the subset with HTLV-HIV co-infection. RESULTS:Up to December 2018, a total of 369 individuals with HTLV-1 had been diagnosed in Spain. 64% of the population were females, and Latin American individuals accounted for 64.5%. Classical HTLV-associated illnesses were found in 12.7% (myelopathy) and 7.6% (leukemia). HIV coinfection was found in 12 (3.2%). Of those, 3 patients (25%) were female and 39 (75%) were of non-Spanish origin. All but two harbored HIV-1 subtype B, being non-B variants found in the two West Africans. Exposure had been sexual in most cases, being 4 homosexual men. Seven HTLV-HIV co-infected patients had developed AIDS and two had developed myelopathy. There was no evidence for increased HTLV-1 clinical pathogenicity due to HIV coinfection. CONCLUSION:HIV coinfection is infrequent (<5%) among HTLV-1 carriers in Spain. More than half of co-infected patients come from Latin America. Sexual contact is the most frequent risk behavior, being MSM one third of cases. Late diagnosis explains the high rate (9/12) of clinical manifestations in our HIV-HTLV co-infected population.