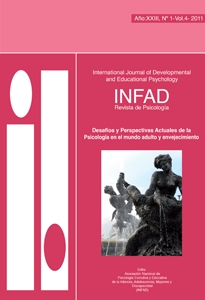 Heterosexual transmission is the second route of new HIV infection diagnoses in Spain. A high percentage of young people use condom inconsistently. Beyond cognitive factors, emotional variables seem to be associated with sexual risk behavior. The aim was to examine the differential clinical profile between young people at risk and no-risk for HIV infection. A total of 424 heterosexuals were evaluated (M age =20.62; SD=2.16), and distributed into two groups: risk group (60.7%) and non-risk group (39.3%). They completed the AIDS Prevention Questionnaire, the Beck Depression Inventory, the Rosenberg Self-Esteem Scale, the Penn State Worry Questionnaire, and the Brief Fear of Negative Evaluation Scale. Young people who do not use condoms consistently scored higher on worry about health, fear of negative evaluation, depressive symptoms and self-esteem. But no statistical differences were obtained between the group of risk and non-risk group. A multiple regression logistic analysis indicated that depression (B =.054, p = .015) and age (B =.135, p = .010) explained 5.6% of the variance in condom use. It would be relevant to continue studying the role of negative affective states and emotional self-regulation in risky sexual behaviors among this population.